Each year, Gulf British Academy observes Remembrance Day in a number of ways.

Pupils throughout the week participated in the Poppy Appeal by donating money and wearing a poppy to commemorate all those who have died, not only in the First World War but in conflicts around the world. 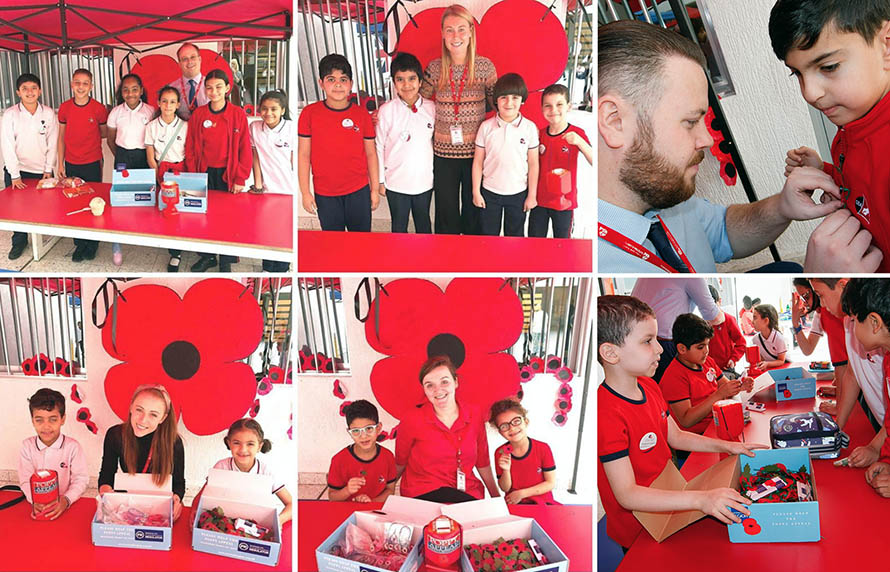 During the morning assembly, our Student Council read a poem about poppies to the whole school during assembly, which was followed by an excellent KS2 assembly conducted by Mr Brian, 5 Blue, in the main hall.  This explained the importance and value of the poppy in the commemoration of those who have fallen – a symbol of remembrance and hope for all those who lost their lives in all conflicts from the beginning of WW1 to the present day. 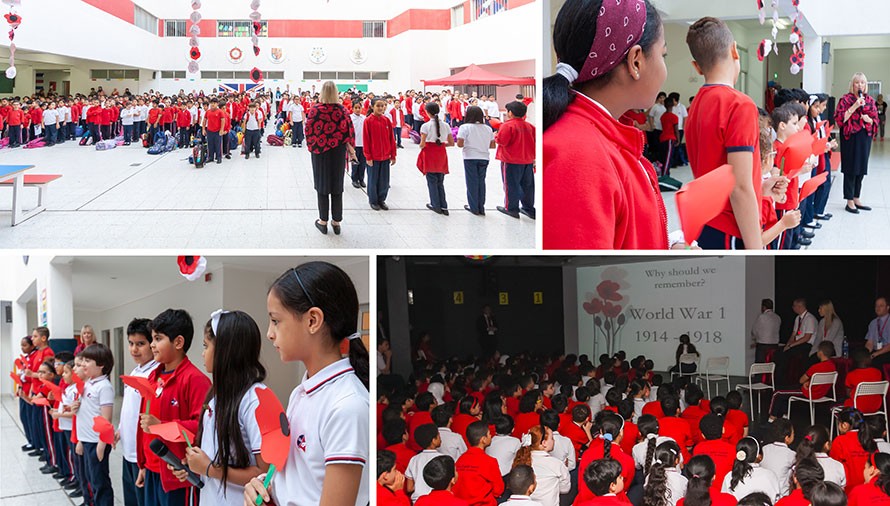 Mr Brian included poems such as In Flanders Field by John McCrae and For the Fallen by Laurence Binyon.  He played The Last Post while honouring the ancestors of some of our staff who fought in wars.

It was great to see the children being so respectful – Mr Brian, 5 Blue.

Remembrance Day at the British Embassy

Upon arrival, we were welcomed by Assistant Defence Attaché, Chief Petty Officer Richard Vesey CPOWTR (SM), then led through the lovely gardens of the embassy to the splendid public rooms of the Ambassador’s residence.

As part of the British Embassy’s commemoration we were invited to lay a wreath in the embassy grounds.  Our Head Boy and Girl were joined by our Student Council and House Captains. 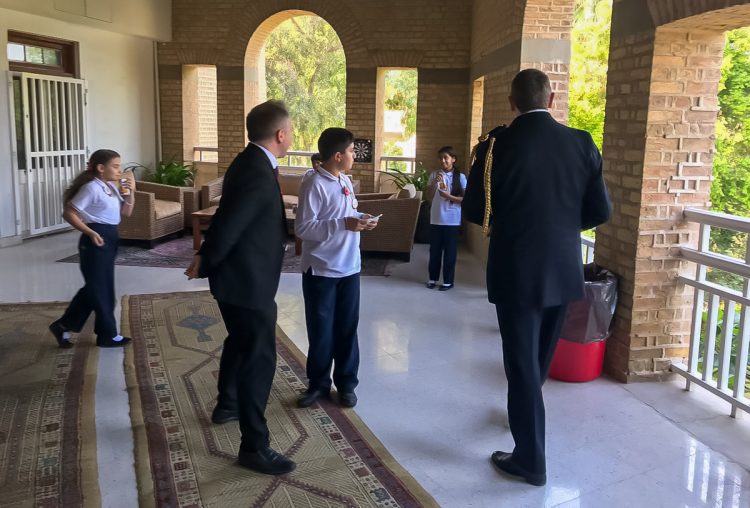 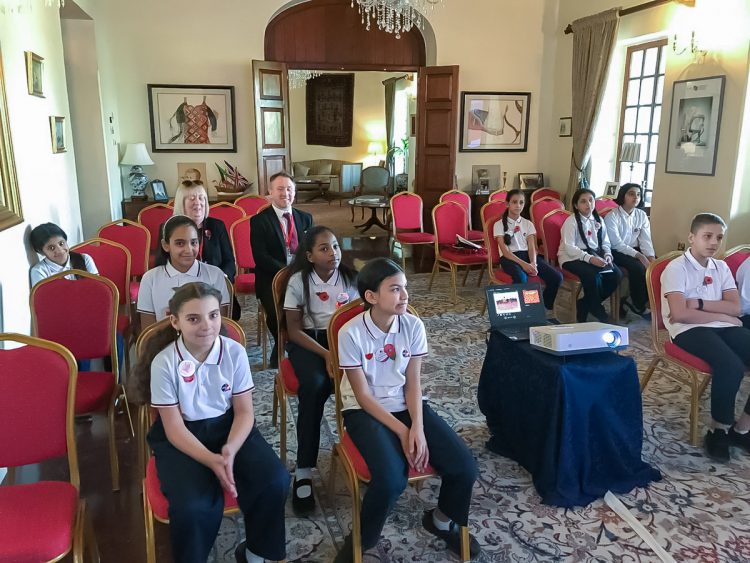 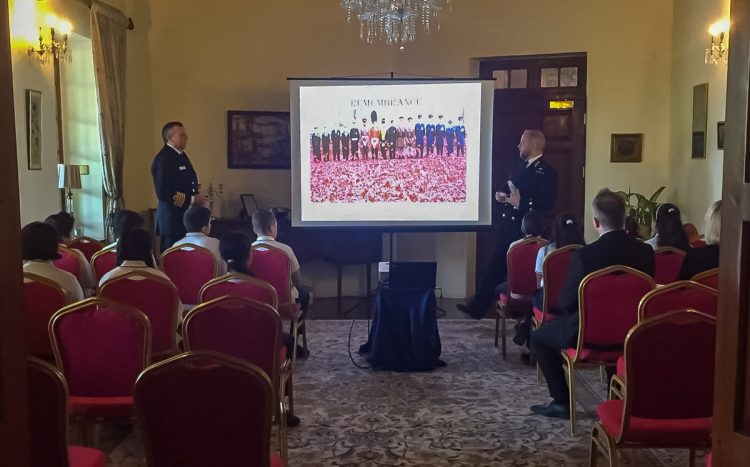 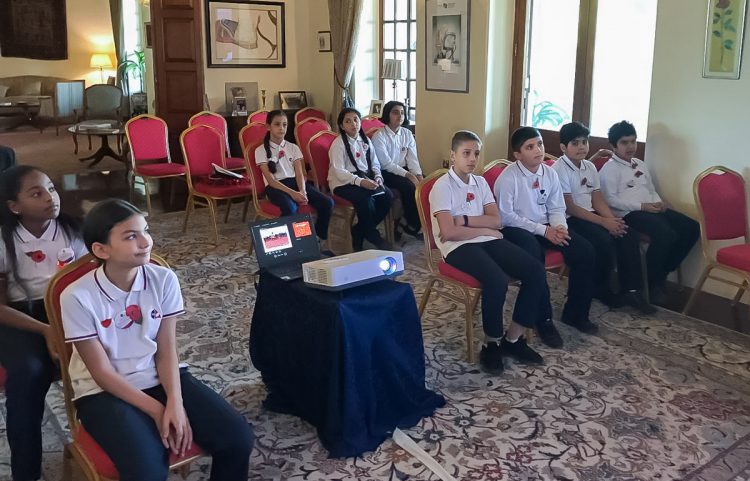 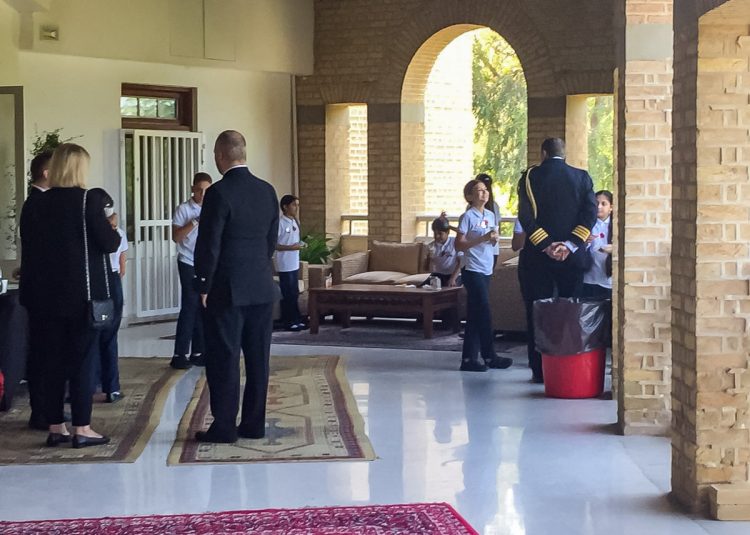 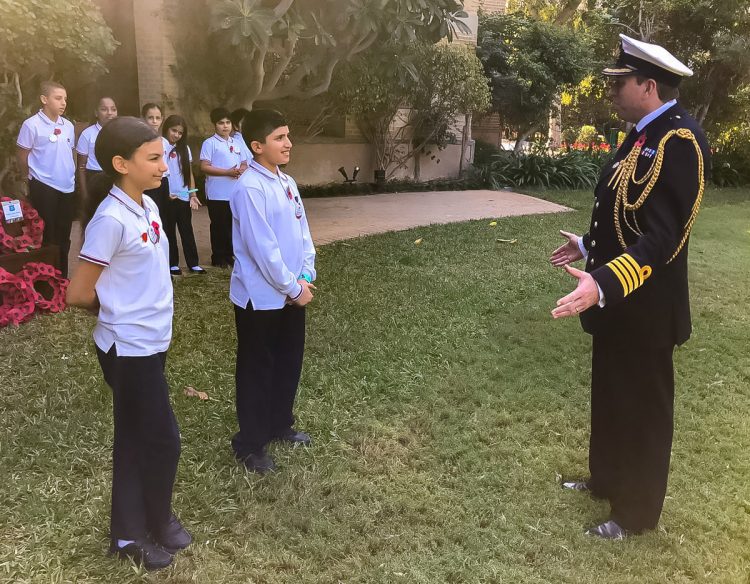 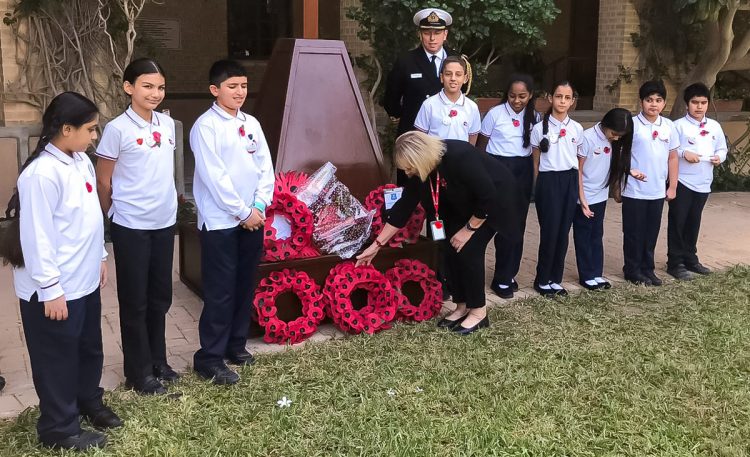 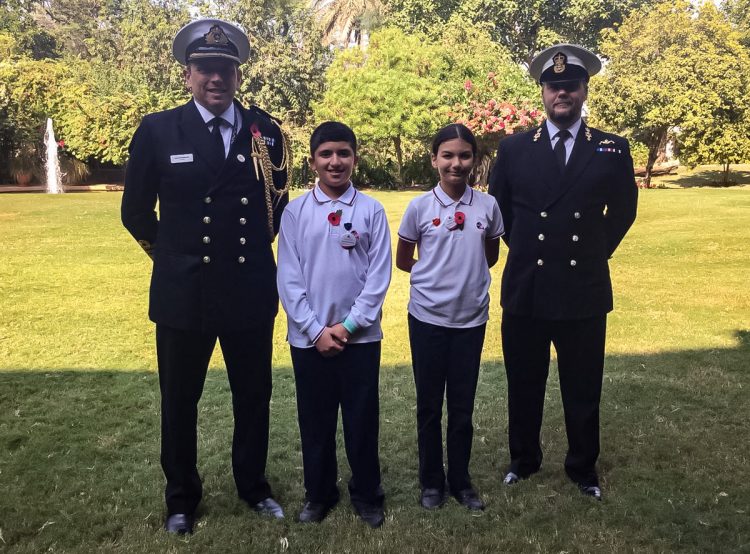 Once inside, we were given a presentation by Capt. Paul Mulvaney, Defence Attaché, about the ceremony in London, the origins of the poppy and its significance for showing gratitude to those who lost their lives or were affected by war regardless of politics or religion.

Both were discussed and thanks to Mr Brian’s assembly, pupils were able to answer and ask a range of questions about the significance of the poppy.

We’d like to thank the British Ambassador to Kuwait, Michael Davenport, for making available his residence for our visit, as well as Defence Attaché, Capt. Paul Mulvaney and Assistant Defence Attaché, Chief Petty Officer Richard Vesey for giving generously of their time to teach our pupils and share their personal experiences.

GBA opened in September 2005 as an independent co-educational school for Pre-KG to Year 6 pupils.